Mark Carney vs. the IEA: Will bankers accept the net-zero math on fossil fuels?

Canada’s banks are coming under increasing pressure for their fossil fuel financing, among the highest in the world. But recently they joined Mark Carney’s Net-Zero Banking Alliance (NZBA) – en masse – so that’s fixed, right?

Well not exactly. Or at all, really.

Leaked emails show that advisors to the Glasgow Financial Alliance for Net Zero (GFANZ) of which NZBA is a part, pushing for the adoption of the International Energy Agency (IEA) net zero roadmap, and getting shut down.

It’s because the IEA is clear in its net zero roadmap that, “There is no need for investment in new fossil fuel supply in our net zero pathway” because “no new oil and gas fields are required beyond those already approved for development.”

The world already has enough fossil fuels to blow not just our 1.5-degree carbon budget, but for 2 degrees too.

While membership in the NZBA commits banks to net zero by 2050 and to a 1.5 degree future, it is silent on fossil fuels, and a lot of carbon can hide in the details. Canada’s banks are yet to set short term targets that will shape their business activities today, or to release their decarbonization strategies.

Meanwhile, Canada’s banks each say they want to “work with” their high carbon clients (eg. fossil fuel companies) on transition, understandably not wanting to lose business, but at the same time failing to provide any accountability to those conversations. And without accountability it’s unlikely that targets will be met because some clients simply won’t be a part of the net zero economy.

The IEA drew a clear line that the banks so far don’t want to recognize. As one person involved with the GFANZ internal debate said: “That’s the scientific fraud — the idea that you can continue to grow fossil fuel production and use, but tell the world that you are net zero.”

[UPDATE] On November 1, Mark Carney joined others in calling for raised ambition, including “Accelerating the phase out of fossil fuels,” and that GFANZ would “engage with” members on the IEA’s net zero roadmap. Whether that leads to actual fossil fuel policies by the banks themselves remains to be seen.

Why We Filed a Shareholder Resolution with Enbridge 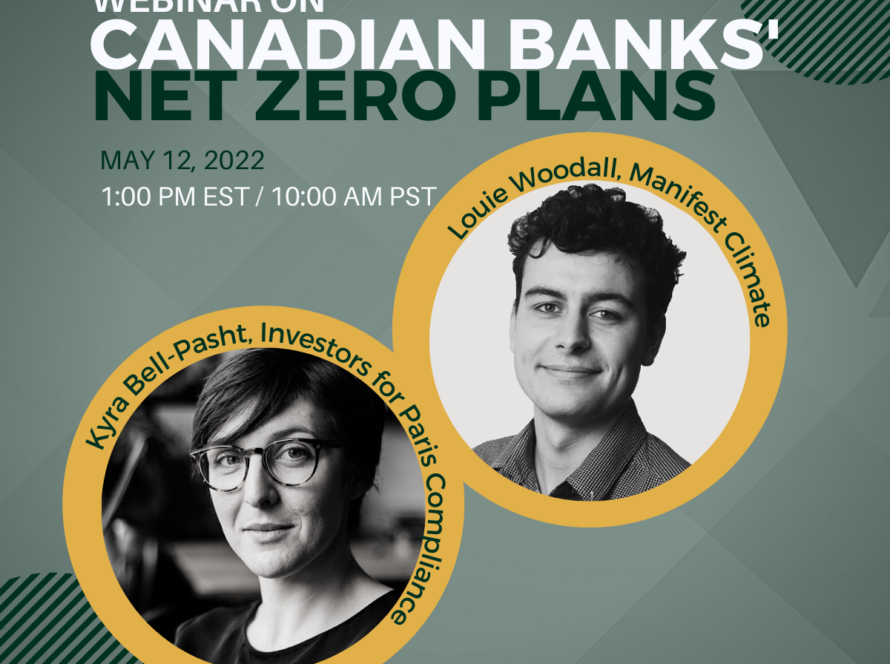